Benjamin’s father, Norton Kessel, immigrated from Lithuania in 1910, and met his wife because of a marriage between the two families. Sadie Cohen grew up in Staten Island, and that’s where they were married. Benjamin, their first child, was born there in 1925.  But Norton liked the wide-open spaces out west and took his family to Texas to start a series of clothing stores with his brother, and in 1930 the family settled in Roswell, New Mexico.
​
Benjamin went through all his schooling in Roswell, where he was active in chess and short-wave radio. One of his activities was school band. He played a huge sousaphone, which was assigned to him because he was the only one large enough to carry it. 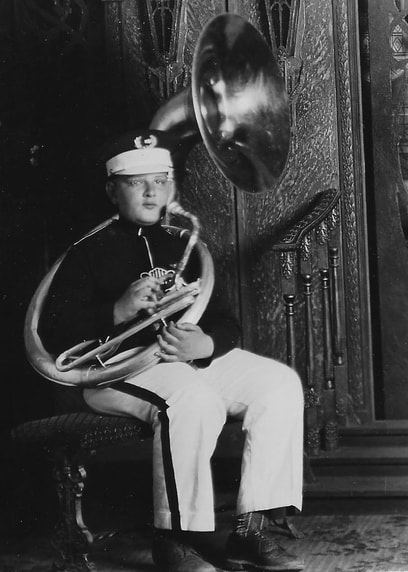 ​In 1939, Benjamin went back to New York for the World’s Fair.  He stayed with an aunt and uncle, and every day went to the Fair to learn about what might be possible in the future. When he returned home, he met with his school guidance counselor and told him to change his courses for the next year, because he wanted to be an engineer. The guidance counselor was delighted, because he already realized that that was where Benjamin’s aptitude lay.

Benjamin graduated high school at 16, as a result of two double promotions, and started Texas Tech. However, his studies were interrupted by two years in the Navy during World War II. He repaired radar equipment but had most of his time free to read through a long list of books. When the war ended, he went back to Texas Tech, and graduated in 1946 in electrical engineering. He hated the regimentation of the Navy – but he credited the GI bill with allowing him to go to MIT and earn a master’s degree, also in electrical engineering.  And so he came to Massachusetts – permanently, it turned out.

On Valentine’s Day weekend 1947, the MIT Electrical Engineering Department offered a ski trip to New Hampshire, and even though Benjamin knew nothing about skiing, he went along. At the Forest Glen Inn in North Conway, he met Phyllis Ulin, who was somewhat more in her element, since her family then lived in New Hampshire and she loved nature and outdoor recreation.

Phyllis’s family had come to America at the beginning of the big wave of Jewish immigration in the 1880s and had lived in Boston ever since. Her parents, Benjamin Ulin and Naomi Gordon, met because they both lived on the same street in Dorchester (neighborhood of Boston), and Phyllis was born in Dorchester in 1923. The family moved to Allston (neighborhood of Boston) and then to Manchester, New Hampshire.  Phyllis attended the prestigious Girl’s Latin School while in Boston and graduated high school in Manchester.

Phyllis had a passion for nature and outdoor recreation as well as the arts. She was active in the Girl Scouts as a child and teen and always loved skiing and hiking in the mountains. As a graduate student in Cambridge, she enjoyed sailing on the Charles River. She played the piano since childhood and had a great appreciation of classical music, which she shared with her family through regular attendance at Boston Symphony and Pops concerts. She was also an amateur poet in her youth. Click here to read one of her poems.
​
Phyllis went to college at the University of New Hampshire, where she graduated as a physics major, a rare thing for a woman in those days.  Then she became one of the very few women at MIT, where she pursued graduate work and taught undergraduate classes.   She did not complete a degree, but she did continue to work at an MIT lab until her first child was born. 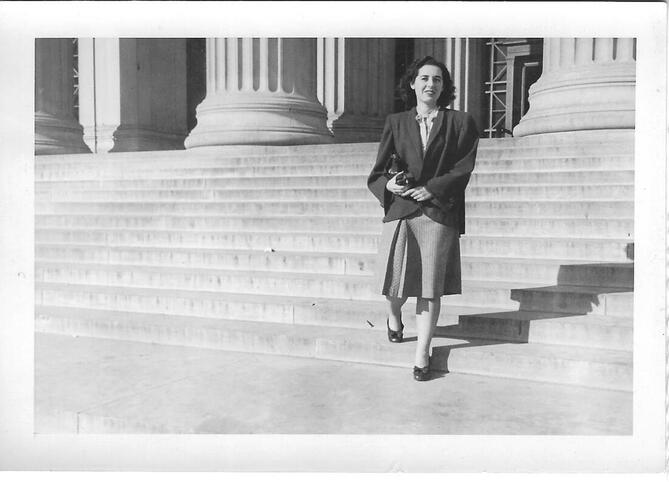 ​Phyllis joined the MIT Electrical Engineering Department’s ski trip on Valentine’s Day 1947, where she met Benjamin Kessel, and they were married six months later in Brookline. They lived for a time in Brookline, Watertown, and Arlington, and over that time, their three children were born: Martin, Irene, and Terry. They always claimed that it was unintentional that their initials were M, I, and T. 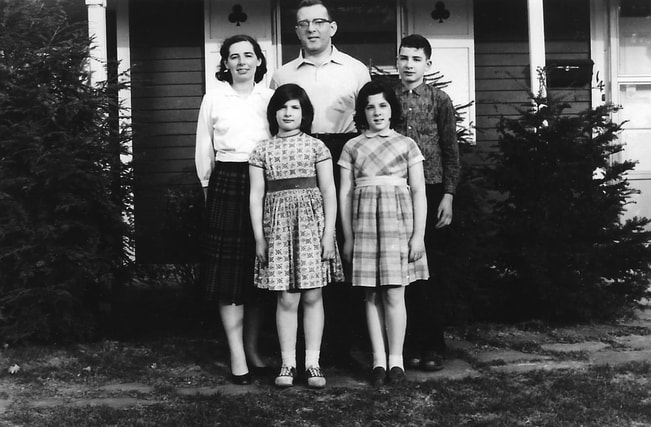 ​In 1956, the family moved to their first house in Natick, at 14 Halsey Way. Later they moved to a different part of Natick – to Arcadia Road. Benjamin always felt he needed more space, so they built the house large, and Phyllis always wanted to live on a lake, so they found a spot on the shore of Lake Cochituate.

After MIT, Benjamin started working at Raytheon, where he was introduced to the emerging field of computers. In 1953, he and six others from Raytheon organized a new company, which they called Computer Control Company, or 3C. He joined as a senior engineer, became vice president, and in 1959 was promoted to president. His mother used to tell people that, back at the family’s store in Roswell, Benjamin couldn’t sell a 25-cent pair of socks, but now he could sell a half-million-dollar computer.

During the ‘60s, 3C had a big role in the space program, including working on the unmanned missions to Venus and Mars, and controlling the training simulator for the Gemini and Apollo astronauts. In 1969, when the Defense Department was planning the Arpanet to connect research computers across the country, they needed a small but nimble computer to interface between the network and each large computer. They chose the DDP-516 designed by 3C.  Computers were able to communicate with each other for the first time, and Arpanet evolved into the Internet. 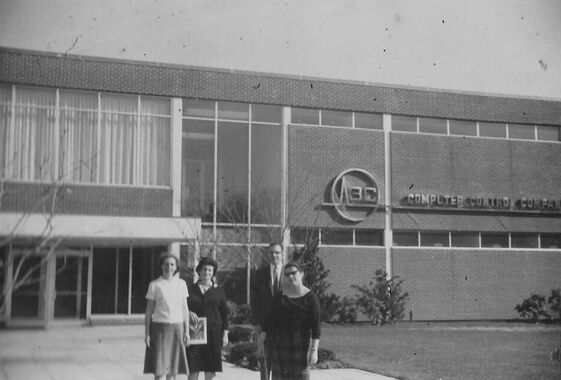 ​A few years earlier, in 1966, Benjamin negotiated a merger with Honeywell, Inc. He continued at Honeywell in various positions for three years, and then left the company to work independently, helping friends who were starting their own businesses, and consulting for small companies, many of whose boards he was already serving on.

Phyllis dedicated herself full-time to raising children, but as they got older, she took up a number of community activities. She was active in the Sisterhood of Temple Israel, the Natick chapter of the League of Women Voters, and the Natick chapter of Hadassah, where she served as president.

Despite all their activities, Benjamin and Phyllis always gave priority to their family. During the early years, most of their family traveling was to visit Benjamin’s parents in Roswell every few years.  A highlight was in 1956, when the whole family went by train to Roswell for the wedding of Benjamin’s sister, Janis. Another major trip was in 1957 when the family stayed for the summer in the Los Angeles area, where Benjamin worked at a 3C facility for the summer. Every weekend the family would go on a different expedition, including two trips to Disneyland, which had just opened two years before. 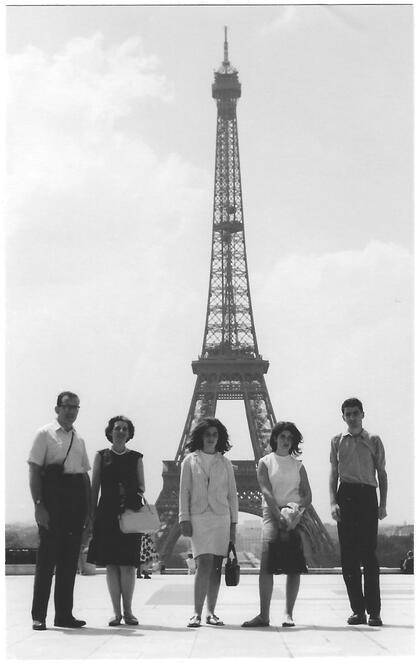 ​Once Benjamin left Honeywell, he had the time and money to start traveling more extensively, sometimes just with Phyllis, and sometimes with the whole family. This included trips to Japan and the Soviet Union; several trips to Europe, including one with the whole family; and two trips to Israel, one including the whole family. In Israel they met many relatives, including Benjamin’s uncle and two aunts who had come from the original family home in Lithuania years before. In the winters the family took frequent ski trips, including one year to the Forest Glen Inn in North Conway where Benjamin and Phyllis first met 20 years earlier.

As they were beginning another trip to Europe, on October 2, 1971, they were on British European Airways that crashed over Belgium, and all on board perished. Benjamin was 46, and Phyllis was 48.

On September 19, 2021, the 50th anniversary of their death, their family dedicated memorial bench to their beloved and always remembered parents, on the main trail in the Hunnewell Natick Town Forest, a short distance from their first home in Natick on Halsey Way.
​
Click here for photos and here for the video recording of the memorial bench dedication.