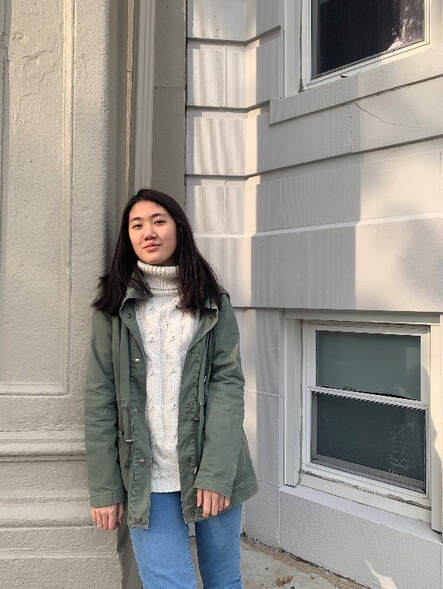 ​Sofia Liang is a recent graduate of the John D. O’Bryant. She is a part of the environmental justice subcommittee on the Boston Student Advisory council and does other advocacy work regarding racial justice and environmental justice. Through volunteering in the Chinatown of Boston, she is also an advocate for Asian justice and has been a part of the Asian Culture Club at her high school as she helped organize events and spread awareness of hate crimes and issues going on in the Asian community.
​Growing up around the city of Boston during her childhood, breathing in the toxins and the emissions from factories and from buildings, she developed asthma for a while. During a field trip in sixth grade, she went hiking in the Blue Hills south of the city as she was surrounded by the lush forest and crunches of leaves. As she learned more about the climate crisis throughout high school, and people from across the world suffering from the sea levels rising, she became inspired to be involved in combating the climate and environmental justice issue as she became more educated about climate change and how to be more sustainable. During high school, she took a physics class which amplified her interest in engineering as she built pin-hole cameras, amplified sound to different instruments, calculated momentum, etc. She started to develop an interest in engineering, specifically in the realm of biology. As COVID-19 hit the world and spread like wildfire, she was determined to create new innovations and more advanced technology to improve the health of individuals. Inspired by a friend who designed PPE equipment during quarantine and delivered them to frontline workers, she developed an interest in biomedical engineering.
Outside of school and work she enjoys going on nature hikes, writing poems, playing her violin, ​doing photography, making music on Ableton, gaming, playing tennis, and cooking.
A World to Thrive

To thrive not to survive
To those who aren’t deprived
Climate justice can’t wait
They act as if climate change is a fate
Metal straws and consumer choices ain't enough
Our voices need to be heard
The sea levels are rising
Legislators need to be compromising
Environmental justice applies to the COVID crisis as well
The toxins and emissions from fossil fuels and greenhouse gases is more than a smell
People on the frontlines are suffering
As heat rises in some areas, elsewhere temperatures are falling
If green energy were more accessible that would be great
Time is ticking before our mother Earth goes in an irreversible state
A flower needs water and sunlight to survive
It needs an abundant amount to flourish, to thrive
For our world to thrive, we must run the extra mile
So we must act now, because it might take a while